Cross media marketing is a relatively new and developing form of engaging with customers and prospects. It has been proved through case studies to deliver much higher response rates (28% in one case!)  in a targetted marketing campaign which embraces print, direct mail, PURLS (personalised websites) and SMS messaging. Below is a great article from Tony Hodgson of PODI who has kindly allowed us to share.

Article from Tony Hodgson of PODI

I thought I would kick off by giving you my view on what “cross-media” is along with some background context and history of the term.

Cross-media means different things to different people. And to some people  it means nothing at all.

It’s the phrase of choice that some traditional media industries have adopted to support their transition to the digital age. It’s not just used in the graphics industry. For example, each year there is a “Cross-Media Forum” alongside the London Film Festival which “connects the film and media industries with key innovators of the digital revolution”. Look at the entry for “crossmedia” on Wikipedia and you won’t find any mention of print. It’s all about re-casting content from one medium into another one or bridging from one to another - like the TV ad which showed the website address, SeeWhatHappens.com, at the end.

But the one thing all these interpretations of cross-media have in common is that they are all about crossing over from traditional media to digital and online media.

The phrase was first mentioned in the graphics industry in PODi’s Best Practice Report from 2003. It was used to describe a new technique of using dynamically generated personalised websites which featured your name in the URL - PURLs. Rab Govil, the President of PODi, founded a company called Nimblefish which did “messaging across media”. They trademarked the term “PURL”. Nimblefish is now part of RR Donnelly.

Allegedly, the “XM” in XMPie stands for cross-media. XMPie, founded in 2000, was one of the first solutions to offer personalised URLs or “RURLS” (Response URLs) as they call them and one of the first to call its product a “cross-media” solution.

In the graphics industry, cross-media came to mean direct mail or email with a PURL in it. I will talk about the benefits of doing this in another post.

The Future for Cross Media

A lot of water has passed under the bridge since the term was first coined and now it needs to be re-positioned much more broadly. Despite ten years of promotion by the graphics industry, it still means nothing to the average marketing professional. They talk enthusiastically of “multi-channel marketing” or “integrated marketing” but often really struggle to do it. Most have never heard of “cross-media marketing”. They have a digital agency for online, a mobile agency for mobile, an ad agency for TV, and graphic designers and printers for offline.

Most agencies they work with now are totally uninterested and not even competent any more in print. Yet brands are still strongly wedded to print - they just need to be reminded of the value of print. The point of cross-media is to make print more effective, and to measure by how much, by connecting it to digital media channels which are more easily measurable.

Cross-media for the next decade will mean much more than PURLs. Social media is here to stay and print easily hooks into that. And now mobile is the fastest growing new digital medium. QR codes and Intelligent Print Recognition enable print to become interactive with mobile devices. Print with embedded NFC tags is just around the corner. Opportunities will abound.

Nimblefish’s original definition still works for me: “messaging across media”. Just keep an open mind about all the media out there that you can cross over to.

We can print your NHS check in poster as a sticker to fix to tables, walls and doors #NHSCOVID19app #nhs #COVID19… https://t.co/6auZE1Yu8g 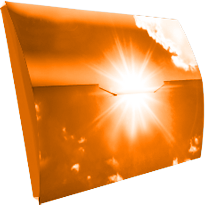 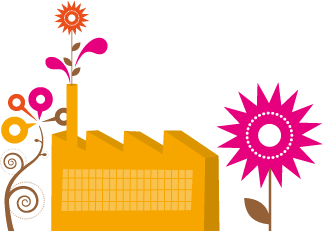 Can't find what you need, let us help you!